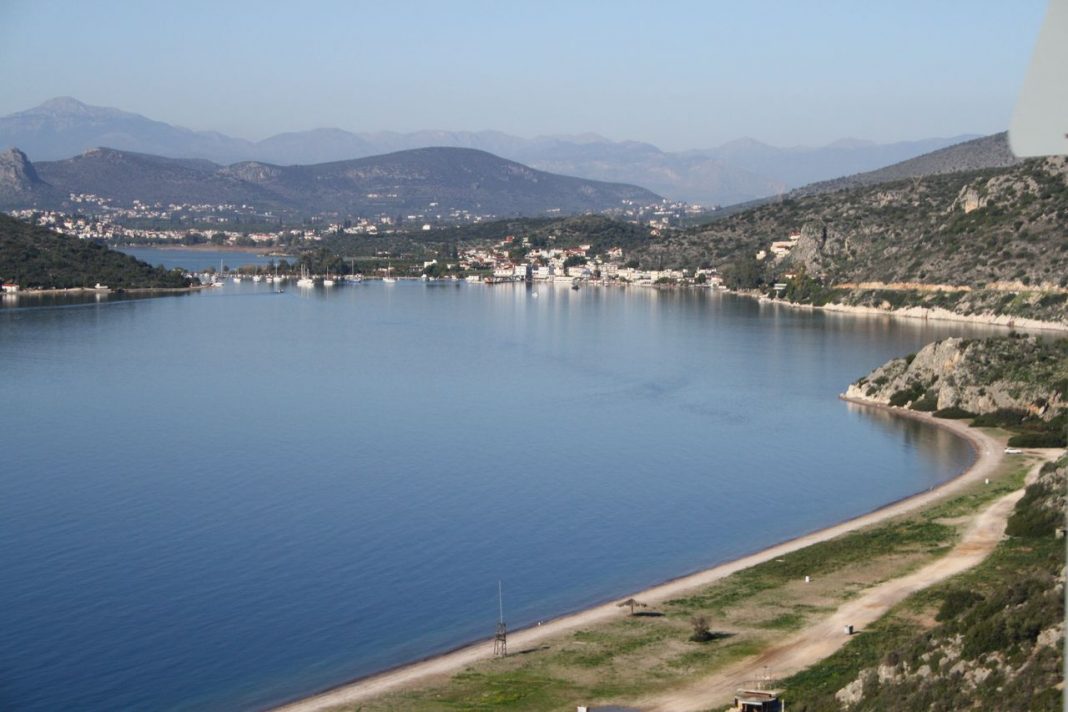 The visitors of Argolida are usually attracted by the archaeological wealth of the region, the ancient monuments and the cultural attractions spread throughout Argolida. The plains of Argos with the vast orange groves dominates the landscape, while cities like Nafplio occupy a distinct position among the “jewels” of Greece. The beaches of Argolida, however, are not at all in the background, but on the contrary, they pass … in front, especially for those who seek swimming in clear waters and relax by the sea. 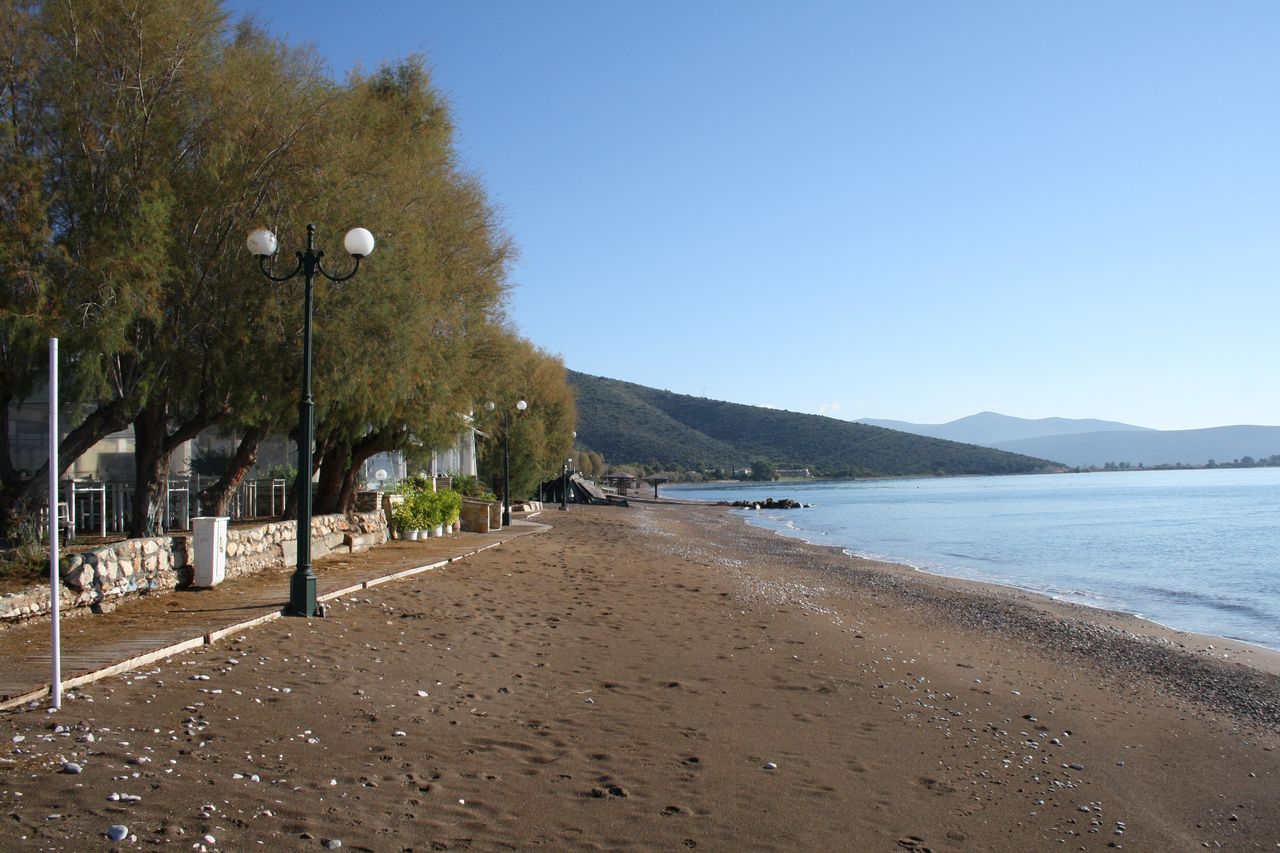 Just outside the city of Nafplion, on the road to Iria, we find the beach of Kantia, with crystal waters and sandy beach. The trees offer shade to those who want to avoid the hot sun, while especially in the evening hours the sea fills with young people engaged in wind surf!

The beach of Kantia is organized with sun loungers, beach bars, tavernas, showers and free parking spaces along the entire length. 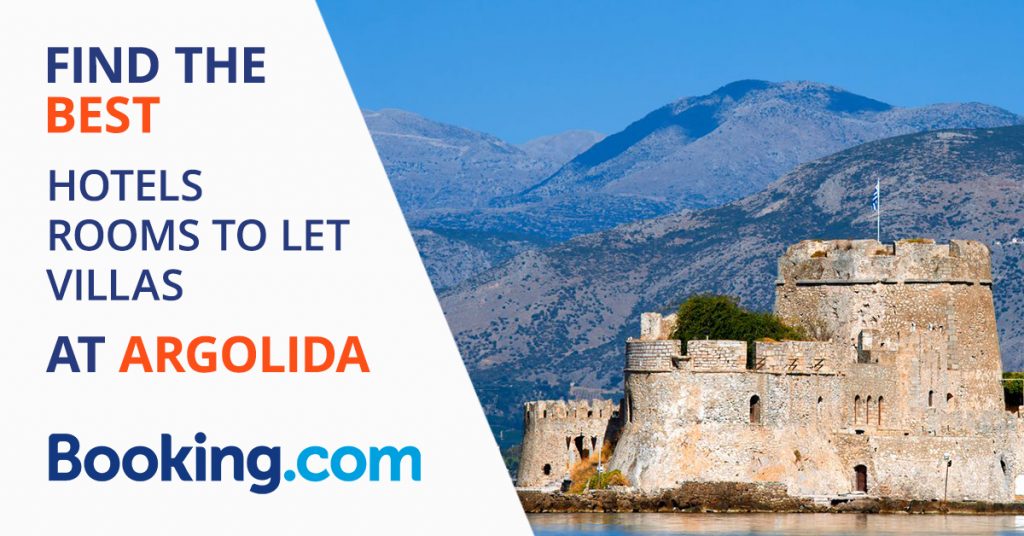 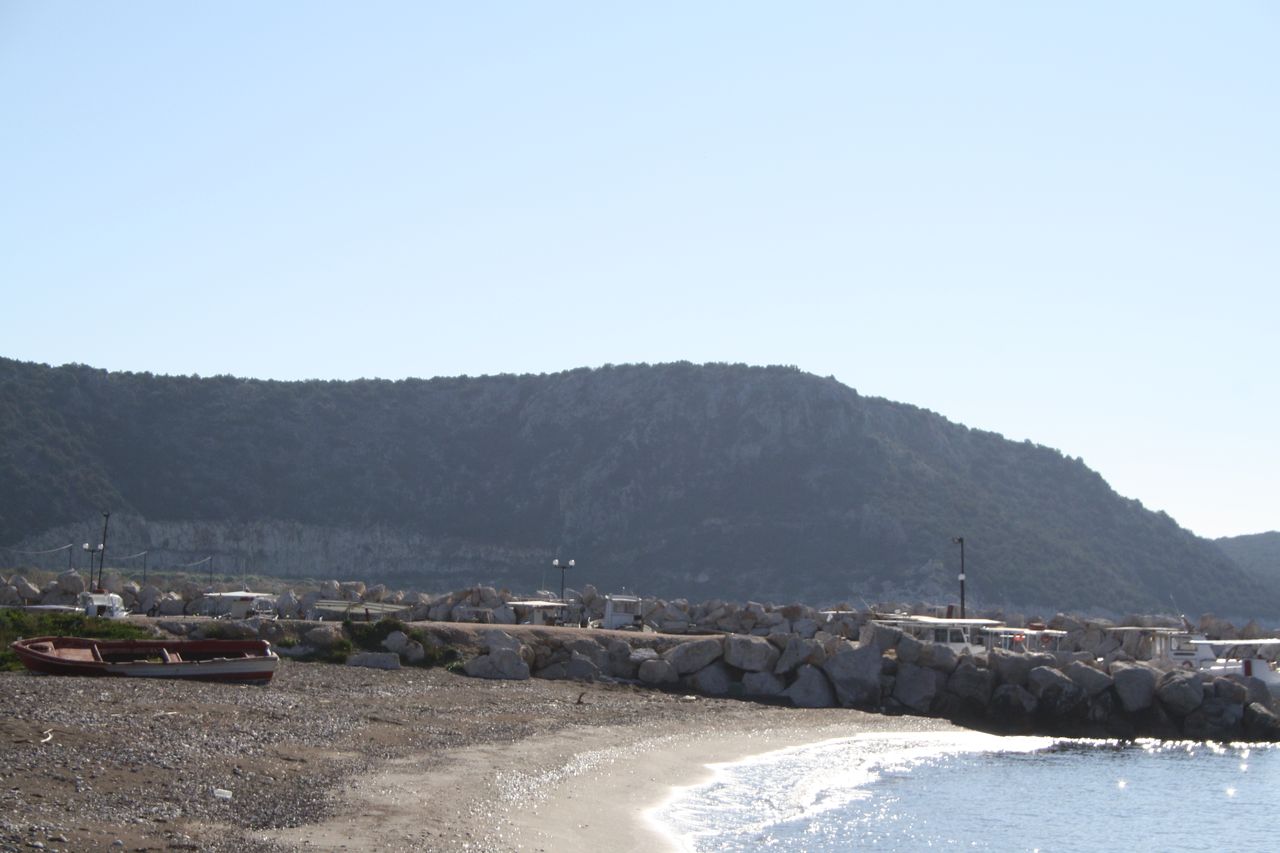 Take your hammock, pick the trees that you will mount it on and enjoy the most refreshing relaxation experience at the beach of Iria, located in the homonymous village of Argolida. The stones, the sand, the crystal clear blue waters complement the scenery and, no matter how strange, it tempts you to leave your hammock and enjoy swimming!

The beach of Iria is suitable for families with children, since it has all the necessary infrastructure, such as coffee, sun loungers and umbrellas to rent, and a shower. 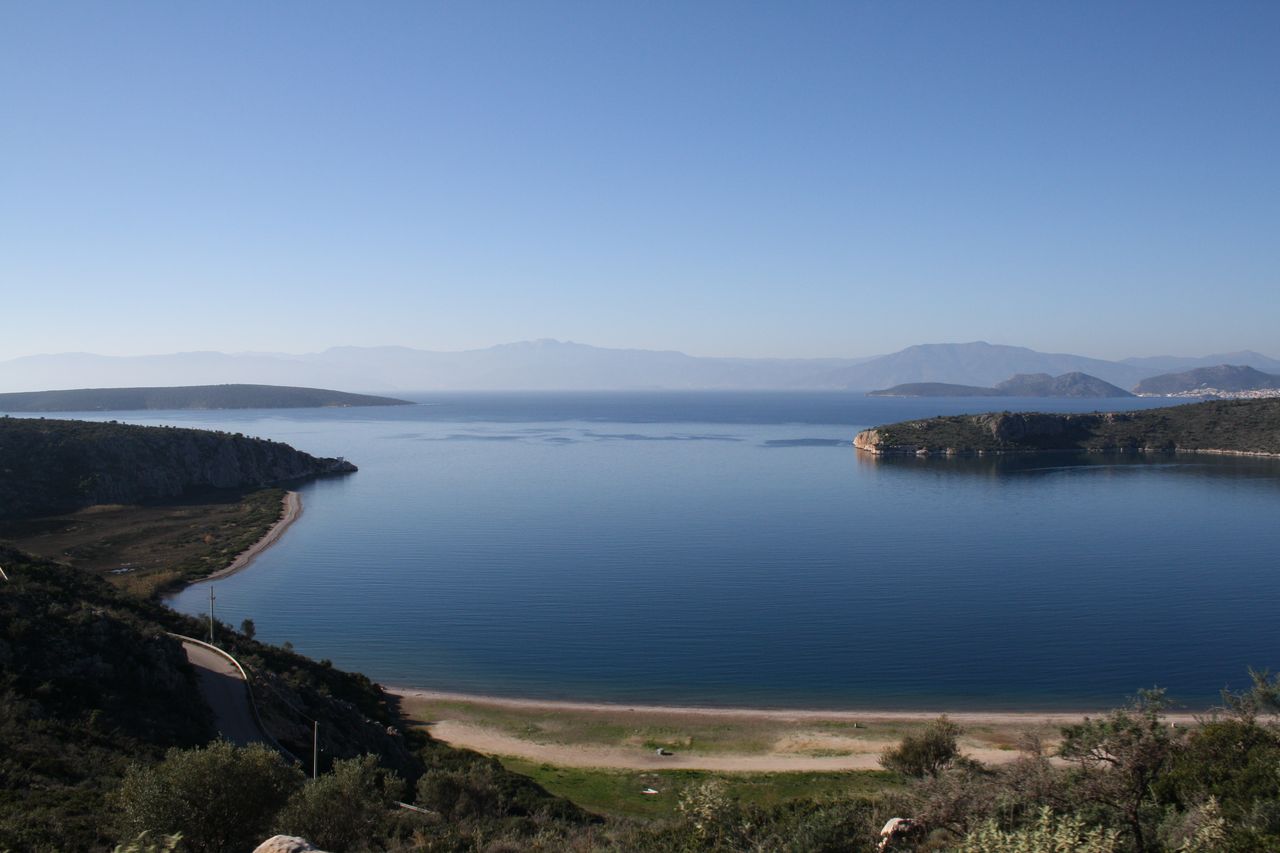 Kondili is for many the best beach of Argolida and is located approximately 17 kilometers from Nafplion. Bright blue waters, sand and red pebbles, the picturesque chapel of Agios Nikolaos on the edge make the scenery idyllic and even more so at sunset!

Kondili is addressed to all due to the length of its coastline and its fully organized sections. For those who want it, it offers isolation, since even today, in the most distant edges of the beach, some enjoy nudism. 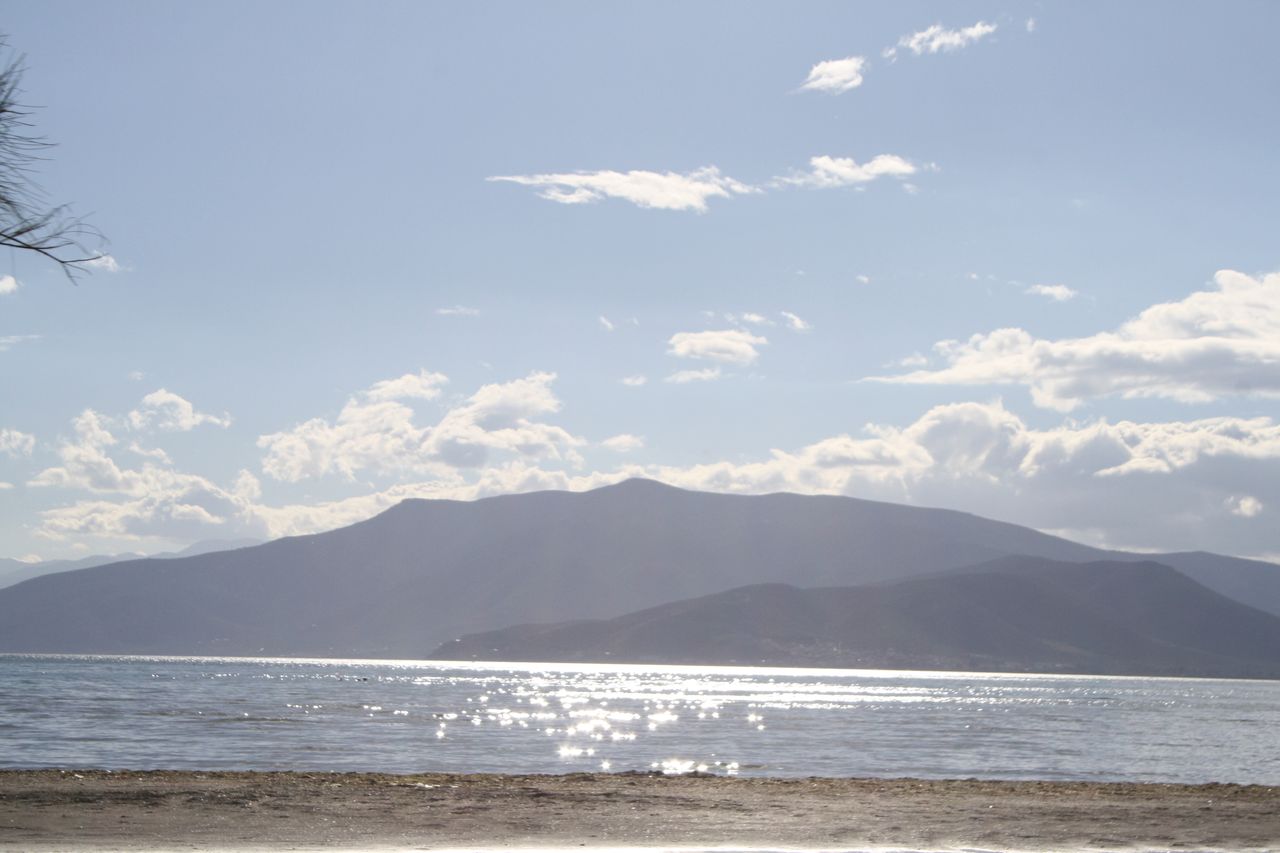 Nea Kios beach in Argolida is located on the road to the homonymous settlement, just 4 kilometers from the picturesque Nafplion. It is large in size, sandy and with shallow waters, while the reeds characterize the area. On the beach of Nea Kios you will find many surfers, but also people who arrive there to enjoy the healing qualities of the seaweed.

Do not miss a walk in the picturesque port of the settlement, but also enjoy the view of fishing boats and fishermen spreading their nets to the fish market. 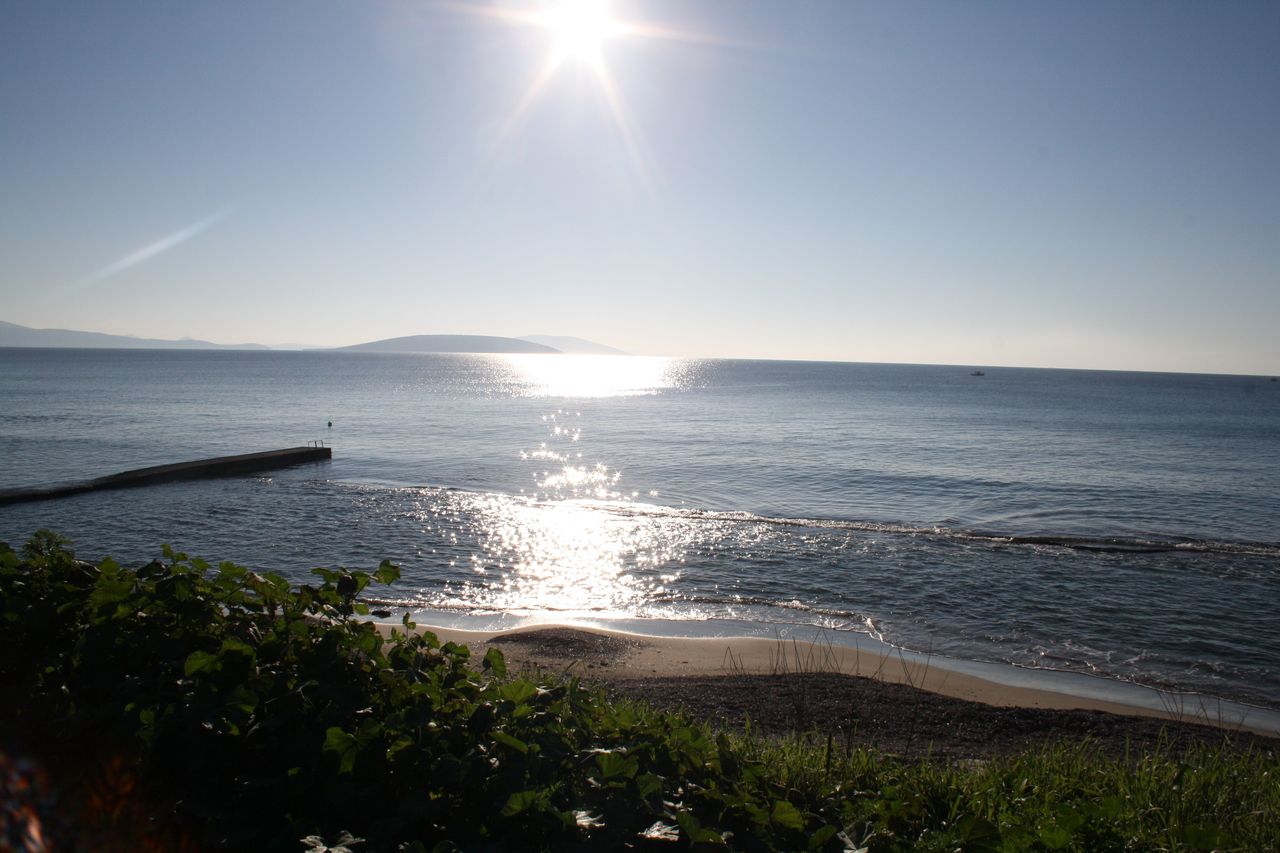 Right next to the archaeological site of Asini and a stone’s throw from Tolo, there is the beach of Archaia Asini, pebbly, rich in fish and flora, ideal for diving and for those who love exploring with the mask.

The beach of Archaia Asini is organized and has cafes, sun loungers, umbrellas and showers, and is considered ideal for those who enjoy the relatively deep and quiet beaches. 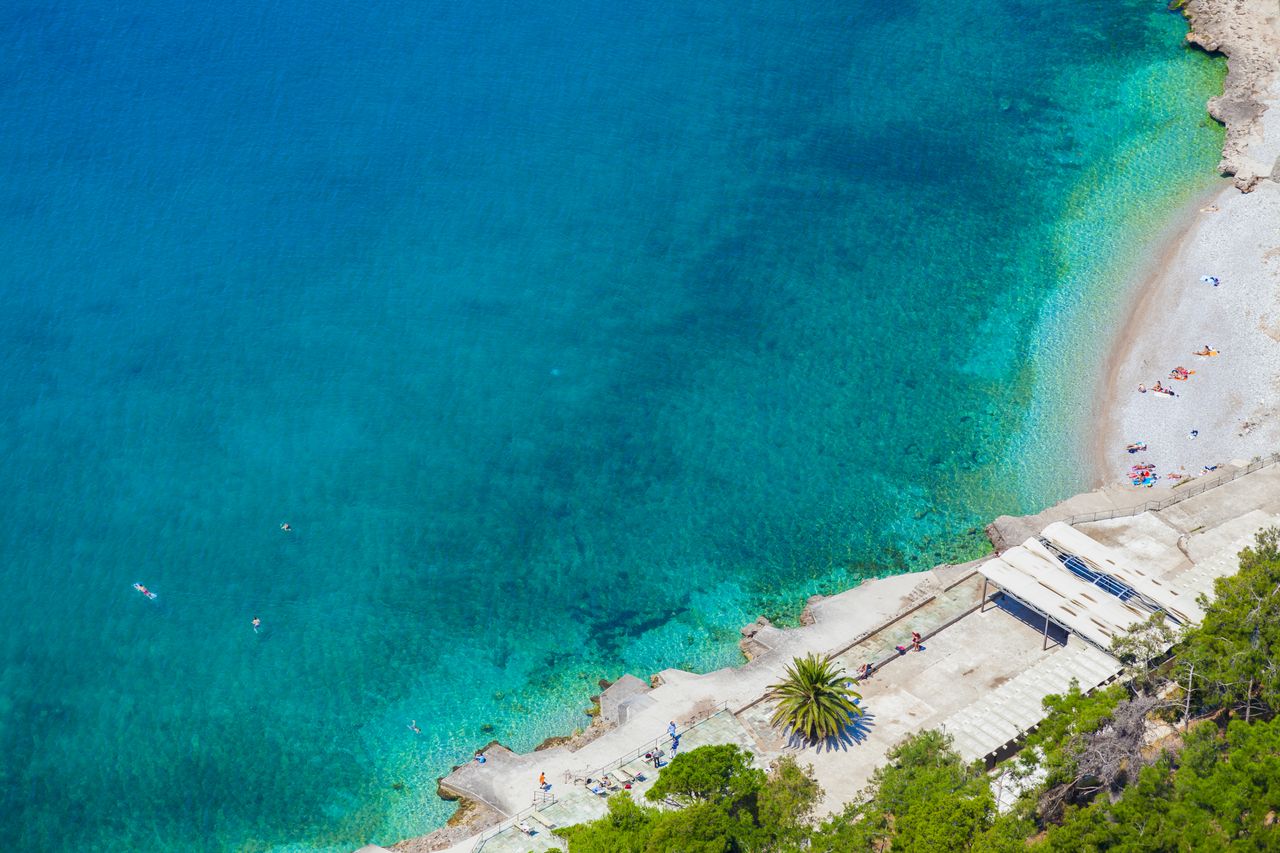 Arvanitias beach is the beach of Nafplion, below Palamidi and is a 10-minute walk from any part of the city. Although small, about 200 meters in length, it has been awarded the Blue Flag and is washed by the blue waters of the Argolic Gulf, while it is considered to be immune from the strong northern winds due to its location.

It is organized as it has all the facilities, such as umbrellas and sun loungers, shower, WC and a bar. 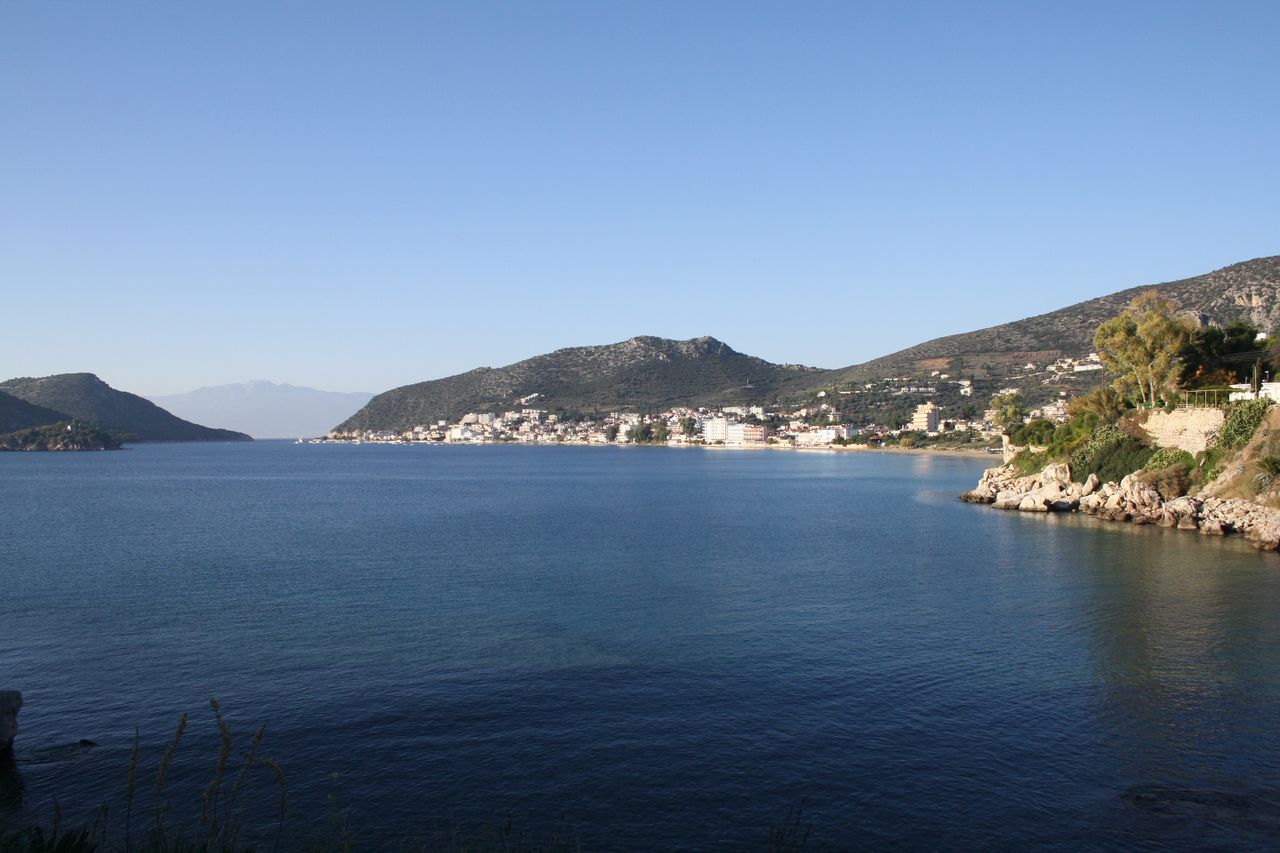 Kastraki or Paliokastro  is one of the beaches of Argolida located below the Acropolis of Ancient Asini. It is known as the port of Mycenae, as it is said that from there the Mycenaean ships sailed to Troy.

Crystal clear waters, a small sandy beach, tranquility, isolation and no infrastructure are the characteristics of the beach. The visitors must bring water and the necessary supplies. 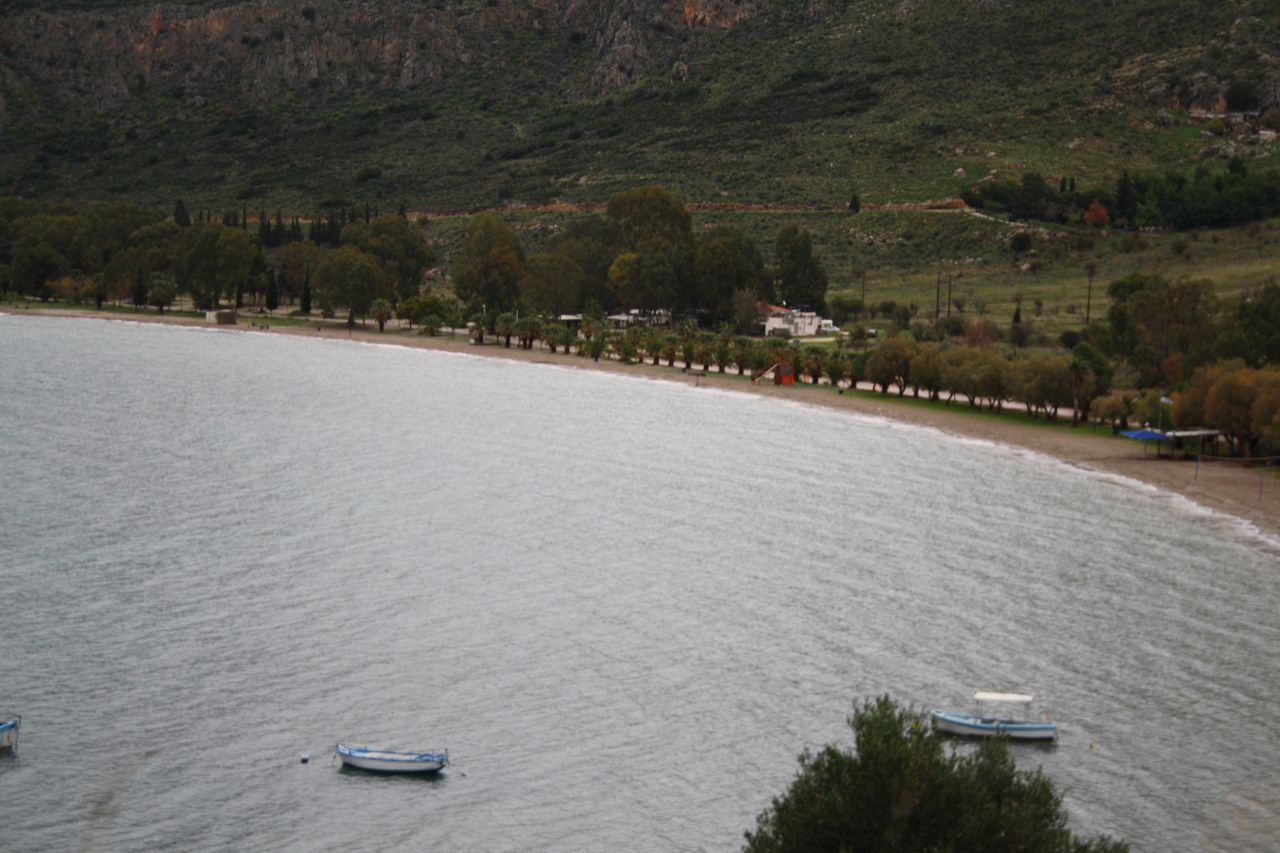 If you have Nafplio as your base, it is very easy to enjoy one of the largest beaches of Argolida, Karathona, located about 5 kilometers from the province’s capital. Hidden in the middle of two bays and behind the rock of Palamidi, it is the favorite beach of the locals. It has a fine pebble and offers an almost exotic image with palm and olives clusters along the coast.

To swim in the clear waters of Karathonas you can, besides driving there, alternatively take the so-called Arvanitias walk on foot. 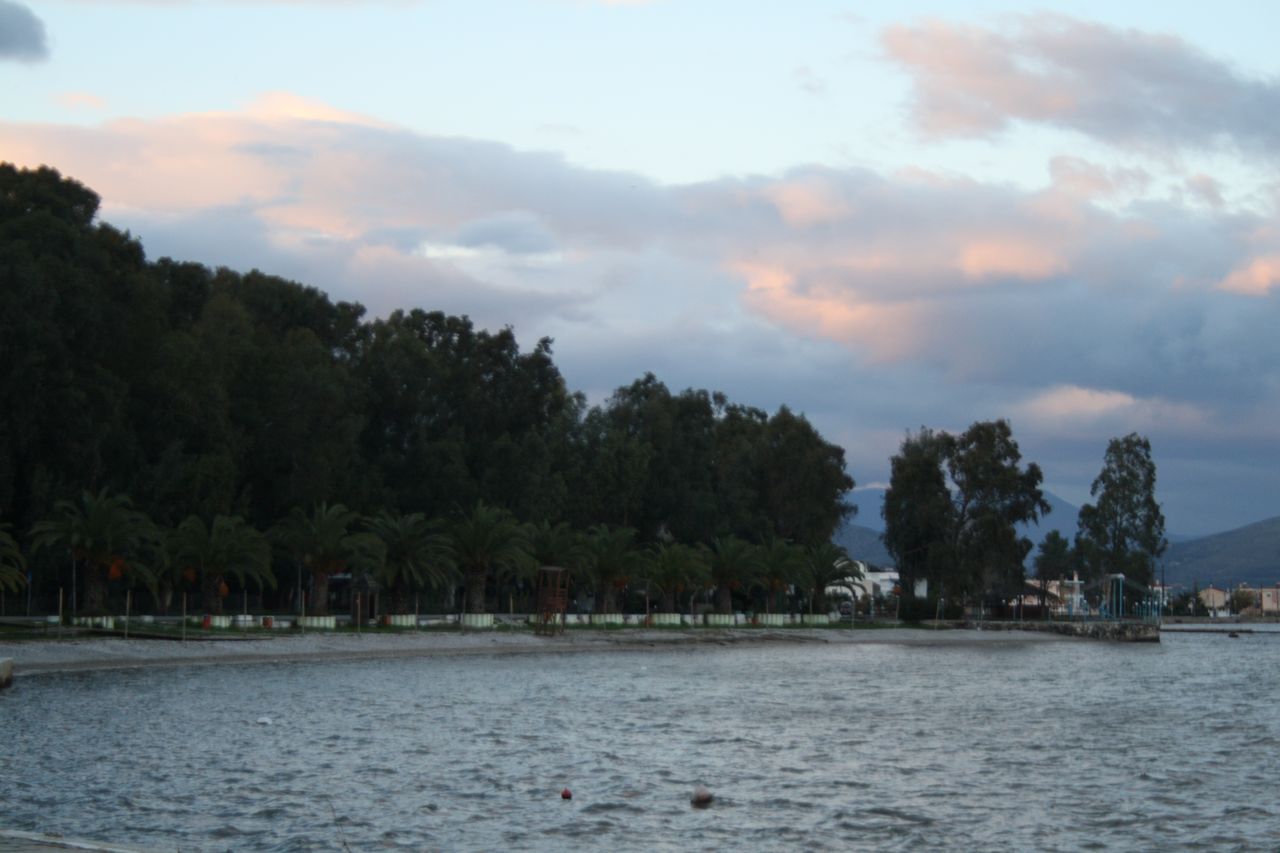 Mylon Beach is located in the northern part of the Argolic Gulf, about 10 kilometers south of Argos. It is organized and has facilities such as umbrellas, showers, locker rooms and waste baskets.

In the homonymous settlement one can find seaside tavernas and cafes. 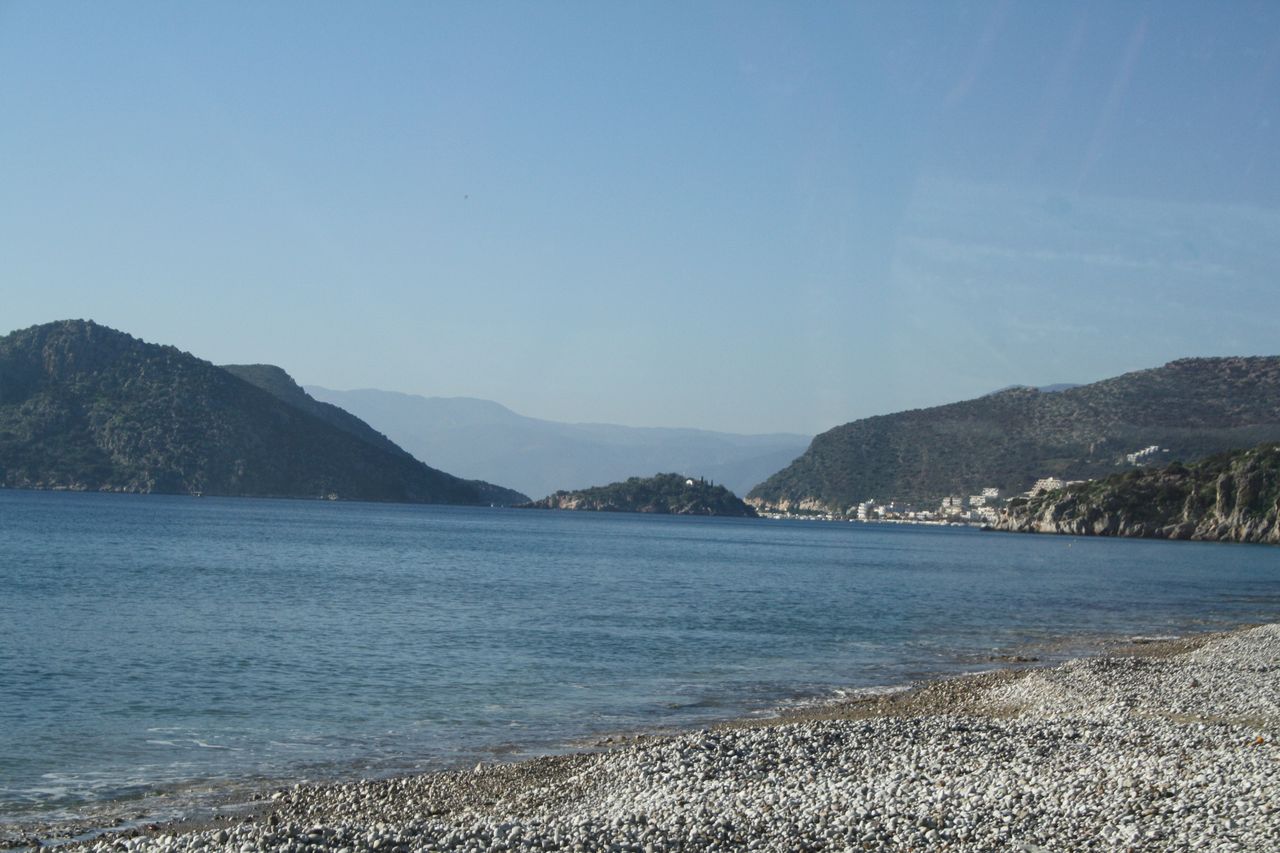 The Plaka Drepanou beach has crystal clear waters and sandy seabed. It is about 3 kilometers long, while an elongated “plaque”, which gave the name to the beach, lies in the water and “separates” it in two, about 15 meters from the coast.

Next to the sea are organized hotel units, camping, apartments, traditional furnished cottages, hostels and rooms for families, and free parking is available along the way. 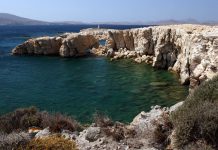