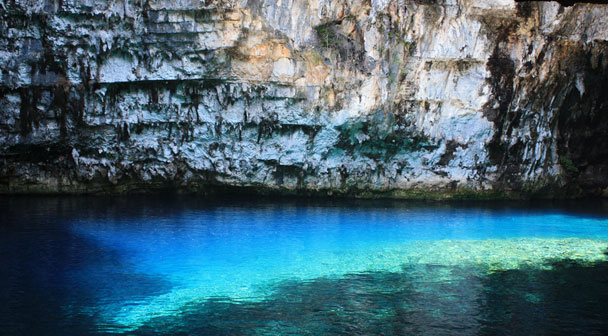 Few places in the world gather so many geologically “strange” phenomena as the island of Kefalonia. Besides the natural beauty, the landscape of Myrtos with the wild beauty, Ainos, the “black mountain”, covered with Kefalonia’s fir, this very special species, the geology of the island attracts the interest of the scientists worldwide.

Since the 19th century and the British rule, when the various “geological mysteries” began to be studied, the scientific community focused on Kefalonia and studied everything that was of interest. Today, with a tour of the island, one can see the grandeur of nature in a way that is contrary to laws and rules and “acts on its own” by creating “artworks” on the canvas of the landscape of Kefalonia. 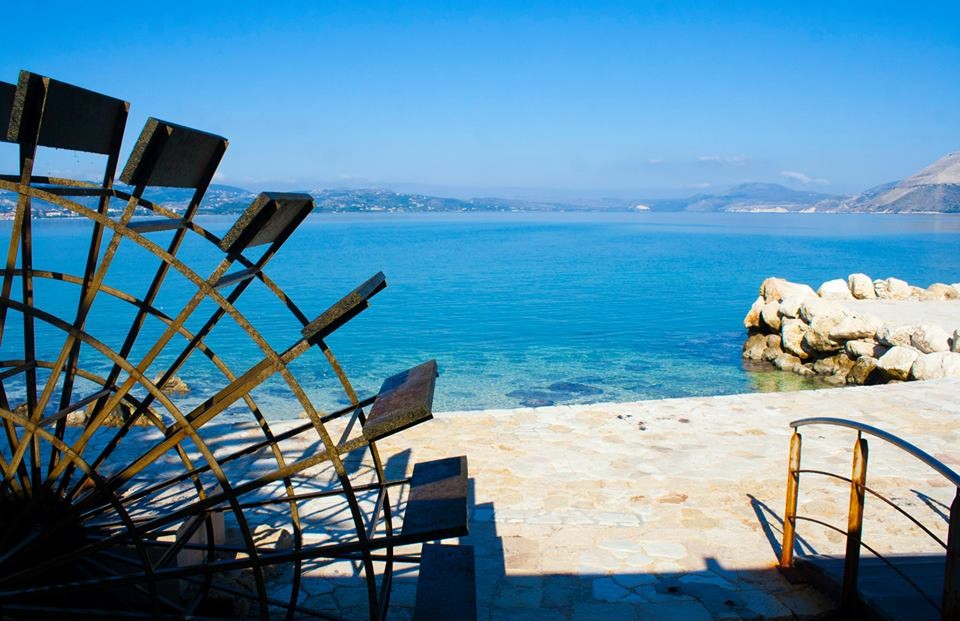 Geologists closely study the groundwater and various phenomena associated with them. The majority of them are explained due to Kefalonia’s position in the union of the tectonic plates of the Earth, but they do not cease to compose a mysterious and unique setting on the island.

Maybe the greatest of the geological phenomena in Kefalonia, Katavothres are in the cape Agion Theodoron, next to the lighthouse of Argostoli, Fanari. There the sea water vilolently floes into the ground. This is what ‘katavothres’ are: splits in the ground where water comes in. The first one that noticed and observed this phenomenon was the Englishman Stevens in the 19th century. He also decided to take advantage of the momentum of the water and built a watermill at the spot, which survives to the present day. The case of Kefalonia is unique because the Katavothre,s which are under the surface of the sea, cross the entire island underground, from the west to the east, a distance of about 15 km! The experiment that confirmed the suspicions of many scientists took place in 1963: Geologists Viktor Maurin and Josef Zetl of the Graz University of Austria threw 160 kilos of dye and two weeks later, traces of this dye were found in the waters of the other side of the island, the bay of Sami, Karavomylos and the Melissani lake cave. 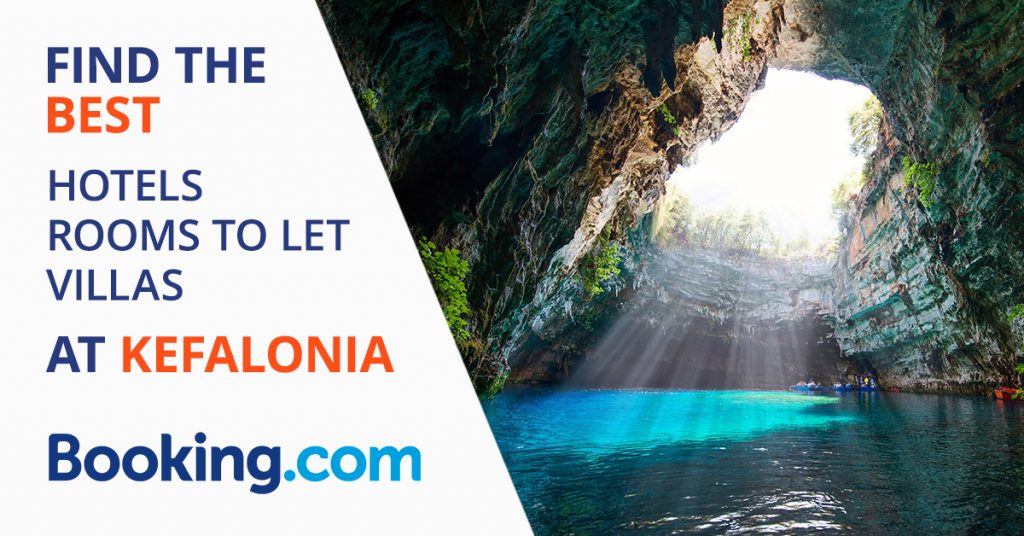 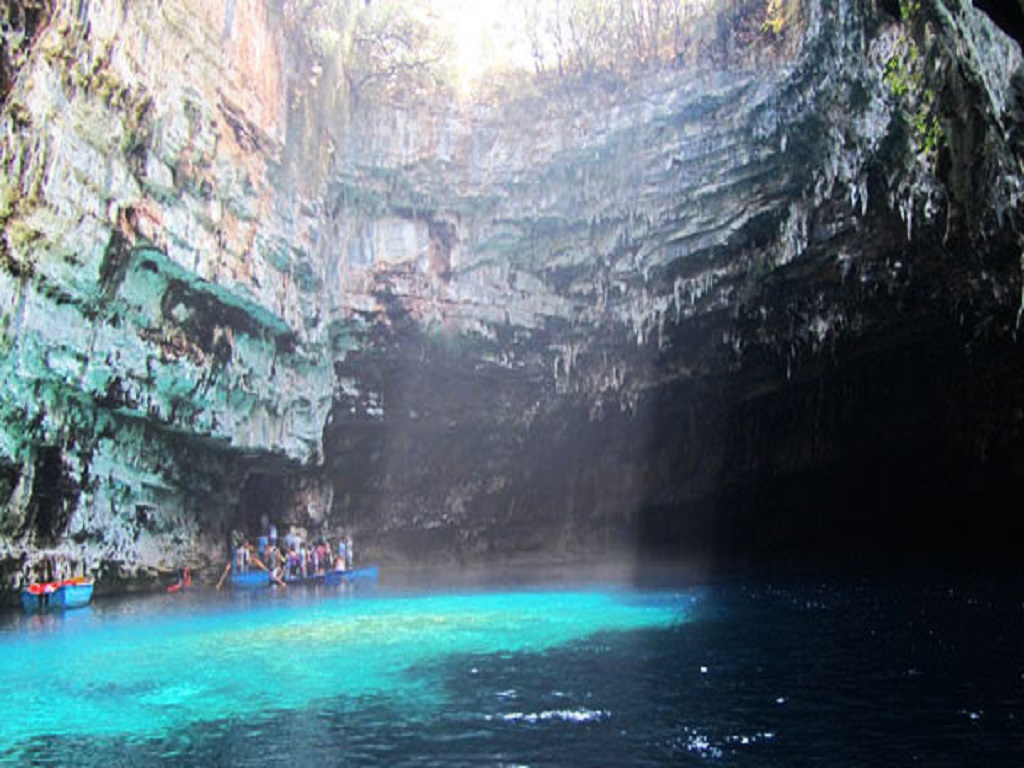 The cave is located 2 kilometers northwest of Sami, in Karavomylos. The natural entrance of the cave is vertical (40 × 50 m) and was created by the fall of a section of the roof, probably from an earthquake. In Melissani you will admire a rare geological phenomenon. The cave lake is 20 meters below the ground, has a length of about 160 meters and a depth from 10 to 40 meters. Stalactites 20,000 years old with strange shapes adorn most of the cave. In the middle there is a small island, on which cult objects of the god Panas were found, certifying the use of the cave as a place of worship in prehistoric times. The cave took its name either the myth of Nymph Melissani who committed suicide here because the god Panas denied her, or the tradition that Melissanthi got killed by falling into the lake while hunting one of her sheep. Today, it is accessible from an artificial entrance, which leads through the underground tunnel to the main hall. The guided tour takes place along the entire length of the lake, while the unobstructed spot in the main room allows sunlight to enter the cave and show visitors unique colors, especially at noon.

It is the picturesque seaside village where the Melissani Cave is. According to the experiment carried out by the Austrian geologists in 1963, Karavomylos is the point where the waters come from the Katavothres of Argostoli, since they cross underground half of the island. The traditional watermill at the edge of Karavomylos beach is one of the most typical pictures of the area. Behind it, an artificial lake surrounded by lush, green vegetation complements the unique landscape. It is certain that in the calm waters you will find ducks and swans, who will gladly eat what you offer them! 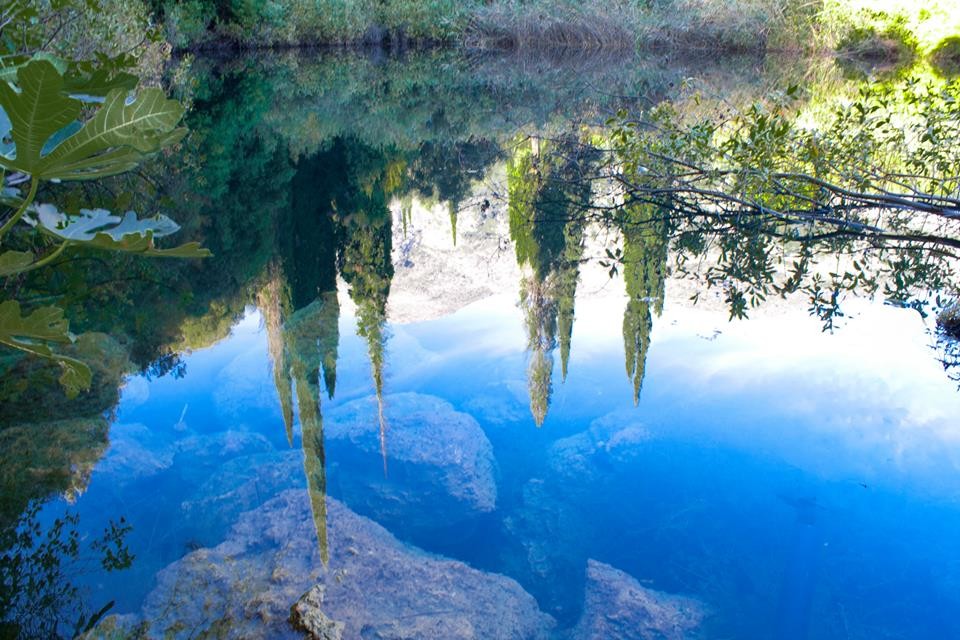 It is the only lake of Kefalonia and is located in the southeastern part of the island, near the village of Agios Nikolaos in the province of Poros. Previously there was the notion that the lake was so deep that no one could find its bottom – that’s why it was named Avythos which means without bottom. As no one attempted it, or no one successfully managed to measure its depth, thousands of beliefs and local stories were created referring to this mystery of the lake… Until someone took it seriously and decided to unravel the mystery: He threw an iron ball in the water, tied to a rope. The results were surprising: just 11 meters deep! The landscape is still unique. Green nature, proud cypress trees and the mountain, will fascinate you! Scientists, however, have confirmed that the waters of Lake Avithos communicate underground with the waters that come from other areas of the island, such as from the Argostoli Katavothres and Melissani – linking it to the other, greater mystery of the natural and geological phenomena of Kefalonia ! 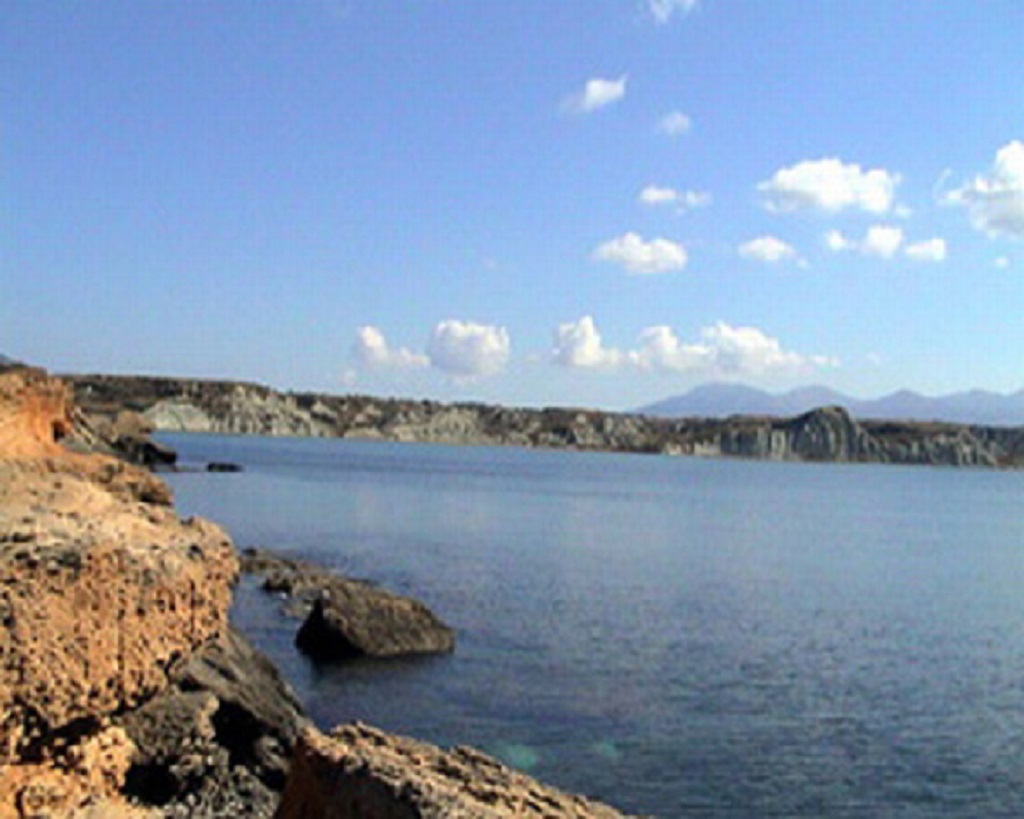 At the other side of Kefalonia, in the southernmost part of the cape of Paliki, a large rock stands out in the sea. The name Kounopetra means the moving rock. A huge rock in a very slow, unstoppable movement, a phenomenon observed with naked eyes for hundreds of years! The movement was not so intense to change its location but scientists could not give a logical explanation until recently. After the earthquake of 1953 the movement was significantly reduced to the point it is hardly noticeable with a naked eye. Geologists and specialists who examined Kounopetra concluded that perpetual motion is due to the unstable rocks at the bottom and the base of the rock, but also in the air and the sea surrounding it. Kounopetra is within easy reach from the coast, so visitors can easily see it in the specially designed area with beach benches. An informative plaque of the Matzavinon Cultural Association guides the observers, who nowadays need to be alert to be able to observe the phenomenon. 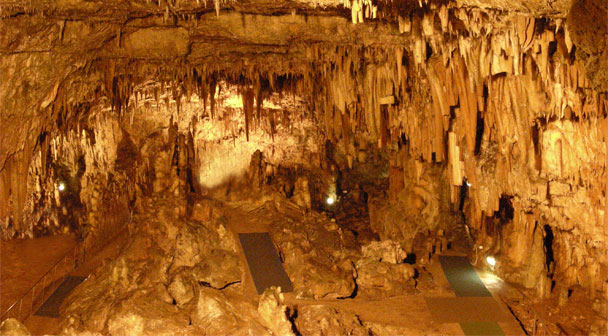 The only cave in Greece where concerts take place is the Drogarati Cave in Kefalonia. Its central room is very large with dimensions of 65 × 45 meters and a height of about 20 meters and the acoustics of the space is unique. Geologically, it is ranked among the most valued caves in the Greek area: stalactites and stalagmites over one hundred million years old compose the unique landscape while the temperature does not exceed 18 degrees Celsius. The depth of the cave reaches 95 meters. You can see for yourself that the cave is “alive” and is still formed: drops of moisture flow from its stalactites to make them grow about one centimeter in a hundred years! Its entrance is located in Chaliotata, in the area of Sami and is open daily from 09:00 to 17:00. 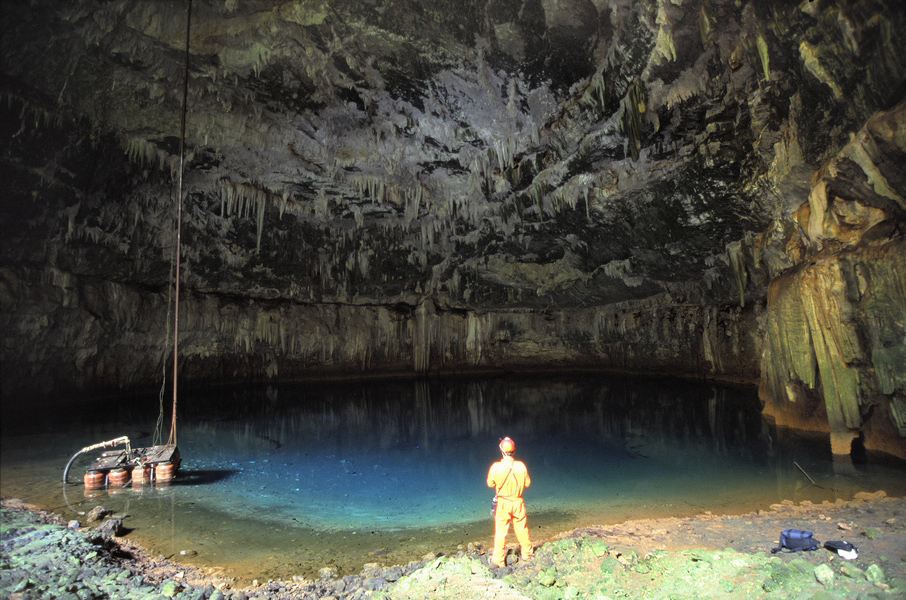 It is located in Poulata of Sami province and is part of a larger complex of caves -estimated to be a total of seventeen – which are very close to each other and most of them form underground ponds with sweet or brackish water. Scientists who studied this phenomenon concluded that the waters of these caves communicate with each other for the most part, through narrow underground passages. The Aggalaki cave is the largest and most accessible of them, while you can visit it by walking through one of the most famous routes of the area, from the Monastery Thematon, to Mount Agia Dynati in Pylaros, to Karavomylos.

Book your accommodation in trivago.gr! 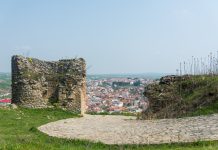 The Byzantine castles of Evros