The beautiful Nafpaktos is a coastal city in Etolia-Acarnania, washed by the Corinthian Gulf. Built between Antirrio and the mouth of the Mornos river, it is one of the oldest Greek cities that experienced periods of great prosperity and was associated with important historical events. 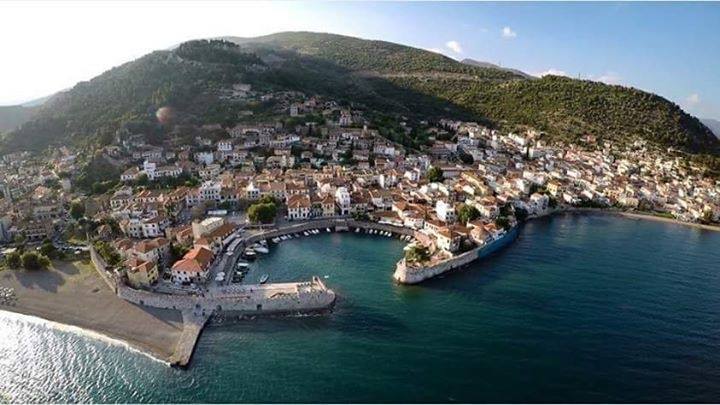 It is said that the name comes from two ancient Greek words (‘ναυς’ and ‘πήγνυμι’) that losely mean ‘build ships’. The city of Nafpaktos is surrounded by the walls of the Venetian castle, which start from the mountain and end up to the beautiful port of the city.

Nafpaktos was an important city for the Byzantine Empire as it was the port that connected Constantinople to Italy and the rest of Europe. The fortress was repaired during the years of Justinian, but in 553, the city was destroyed by an earthquake. It also suffered damage from invasions of various people, such as Slaves (6th-10th century).  At the time of Constantine VII Porphyrogenitus, it became the capital of the Fifth Theme of Europe (Greece), while the 10th century it merged with the Eighth Theme of Nicopolis and remained a capital. Nafpaktos passed a period of Venetian rule in 1407, before falling to the Turks in 1499. Then the city castle took its current form. 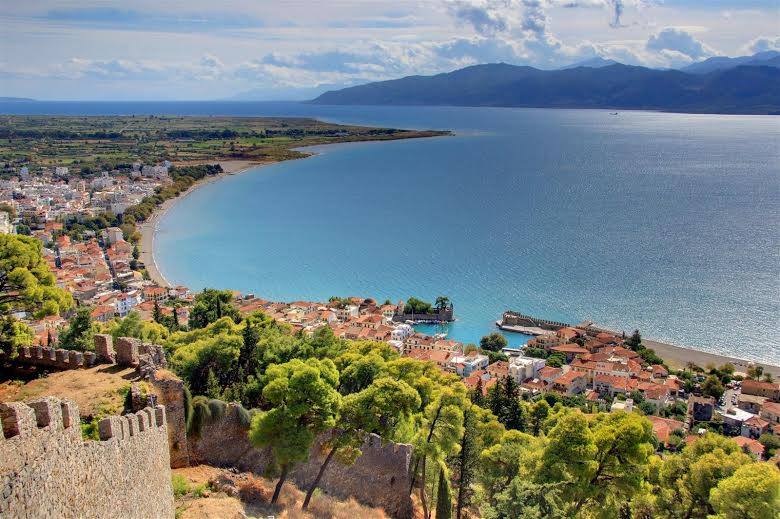 In 1458 Mehmed the Conqueror unsuccessfully besieged the city which remained at Venetian hands.  At the end, Bayezid II withthe Turkish fleet forced the Venetians to surrender the city in 1499. In 1571 the famous naval Battle of Lepanto took place in the Lepanto bay, next to  Echinades islands.

After this brief historical review of the city, let us see the picture nowadays. Nafpaktos is just 24 kilometers away from Patra and after the construction of Rio-Antirrio bridge the route is very short. The population is about 15.000 permanent residents. The city and the market of Nafpaktos are mainly around the port while there are two beaches, Psani and Grimpovo, that the tourist can visit. 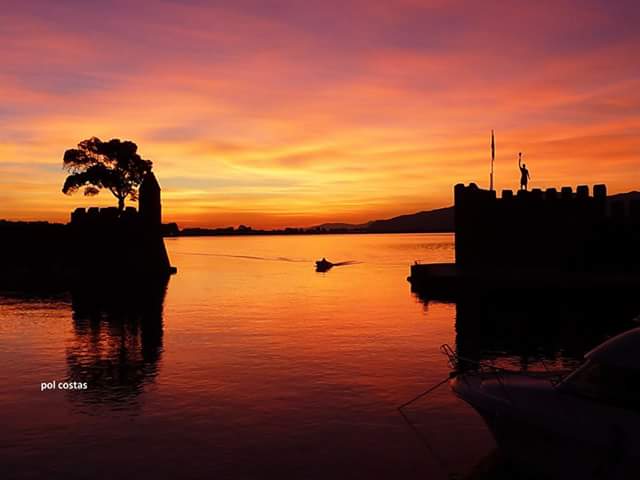 The visitors who want to get to know the city must walk the cobbled streets and explore the beautiful castle. There is the necessary infrastructure for a lot of tourists who will find hotels to suit their needs and desires. The museum Farmaki about the liberation struggle of 1821 and the Papacharalampeio library are worth visiting. An interesting fact is that the writer of the famous book “Don Quixote”, Miguel de Cervantes, lived in Nafpaktos and a statue of him is erected in the city. Bringing this short (much more await for you to discover!) description to an end it is worth mentioning that around Nafpaktos there are beautiful mountains with rapid development, combining mountain and sea in a unique way. It is on you to explore this beautiful city and share your impressions!